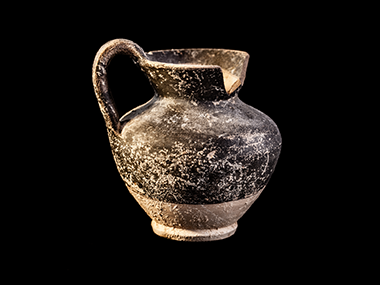 Considered the King of northern Apulia grape varieties, Nero di Troia is the most important regional native vine after Primitivo and Negramaro.

Apulian wine par excellence, locally known by the ancient name of “sumarello” or “somarello”, Nero di Troia wine conquers those who try it since its first taste with its strong personality.  This, not just because it is obtained only from a late ripening, that makes this wine rich in tannins and anthocyanins, but also for its enveloping fruit flavor that recalls scents of black berries, black cherries and blueberries.

On the palate also gives the taste of spices, underbrush with notes of dark tobacco.

Thanks to these “fabulous flavors”, the history of this quality red wine of Apulia lends itself to suggestions and legends to be read holding a good glass.

Nero di Troia legends: three stories to taste with a glass of wine in hand

According to a legend, Diomedes, landing in Daunia after the Trojan war, decided to settle in an area he named Campi Diomedei, and planted there some vines he had with him.

However, according to another version the origin of Nero di Troia dates back to the homonymous city of Troia, founded by the Greeks in 700 B.C.

A third hypothesis is that the wine had its origin in the Catalan region of Rioja, arriving in Troy later, in around 1745.

Whether it is the truth or just oral transmission stories with a veil of mistery, what is certain is that Nero di Troia is mentioned in the XVIII book of Iliad. In the ancient writings, it is referred to as “full-bodied wine of Troy”, drunk at the Court of Frederick II of Swabia and cultivated in the upper area of Bari around the year 1000. This could be the reason why when you say Apulia, you say Nero di Troia.

Nero di Troia pairings: on the table of the italians, in all regions

Nero di Troia IGP (or IGT) Puglia achieved a place of honor on the table of Italians, with its seductive and intriguing ruby-red color, because it perfectly matches with main dishes of our traditional cuisine, ranging from pappardelle all’aretina with duck ragù sauce to legume soups, from sweet-and-sour lamb to pork roast, or stew with potatoes.

Whether it’s a lunch with colleagues, or a romantic dinner, or even an improvised aperitif at home, Nero di Troia wine never disappoints and cuts a fine figure for its harmonic balance and tannins. On the table too, a good looking bottle gives an extra touch of elegance that never hurts.

Perhaps this too is the umpteenth legend concerning red wine Nero di Troia? Taste to believe.