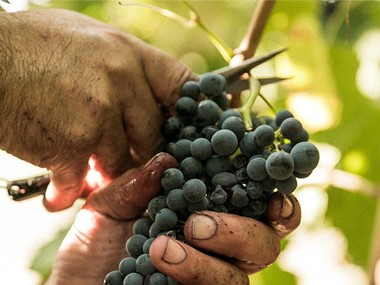 Cantina di Ruvo di Puglia has a sixty-year history, during which it has been working the most cultivated vines in Puglia in its 600 hectares of vineyards, making the best Apulian wines. The treasure of its territory is the Nero di Troia grape, the third most important Apulian grape, after Primitivo and Negramaro.

On a commercial level, the winery is represented by the Crifo brand, which adorns its best wines in the bottle. The name “Crifo” originates from the acronym of the original name “Cantina della Riforma Fondiaria” (Winery of the Land Reform), combined with the stylized symbol of the Gryphon, mythological animal that the ancient builders carved on the facade of Ruvo di Puglia Cathedral.

Cantina di Ruvo di Puglia has been assisted by the winemaker Massimo Tripaldi, President of Puglia, Calabria and Basilicata section of Assoenologi since March 2019. He gives fundamental help in making Crifo’s wines.

The members of one of the main cooperative wineries in the region are mainly responsible for conferring the best grapes of the cultivars Nero di Troia, Bombino Bianco, Bombino Nero, Pampanuto (also known as verdeca) e Moscatello Selvatico. To date there are more than 400 members who give more than 8,000 tons of grapes per harvest, 60% belonging to the abovementioned autochthonous varieties of Alta Murgia.  The harvest takes place in more than 1,000 hectares of vines, reared with various systems such as espaliers, Apulian pergola and sapling, which persist in the limestone territory of the area of Castel del Monte, between the provinces of Bari and Barletta-Andria-Trani.

In 2020, the Cantina di Ruvo di Puglia produced more than 2,700,000 bottles in the 0.75 liters format distributed in horeca and GDO/DO channels, in Italy and abroad, confirming the absolute leadership in the production and sale in this format.

We briefly retrace the stages that led to this success, the result of 60 years of work among the most cultivated vines in Puglia.

The cooperative was founded in 1960, in the heart of Alta Murgia, a few kilometers from Castel del Monte, thanks to the commitment of a small group of winemakers, determined to escape the speculative mechanisms of intermediaries in the wine sector, aiming to start a transparent chain, from the grapes to wine making. At the beginning of the activity, the period of the Land Reform, the cooperative was just a producer of musts. Harvest after harvest Ruvo di Puglia Winery has gradually taken on a prominent role among the wineries of Southern Italy, also perfecting the winemaking processes.

The most significant years for Cantina Ruvo di Puglia are:

The fame of the Winery goes at the same pace as the growth of productivity: 204,000 hectoliters of grapes contribution are recorded and production benefits deriving from an high-tech bottling machine that allows new economies of scale.

Thanks to the ISO certification, Cantina di Ruvo di Puglia gets in the large organized distribution (GDO): its wines appear on the shelves of supermarkets, throughout Italy, bearing the denominations “Castel del Monte DOP” and “Puglia IGP” representing the main native vines of the region.

A modern production plant is inaugurated that allows to manage more sophisticated production processes and ensures bottling rhythms in line with an exponential growth in demand.