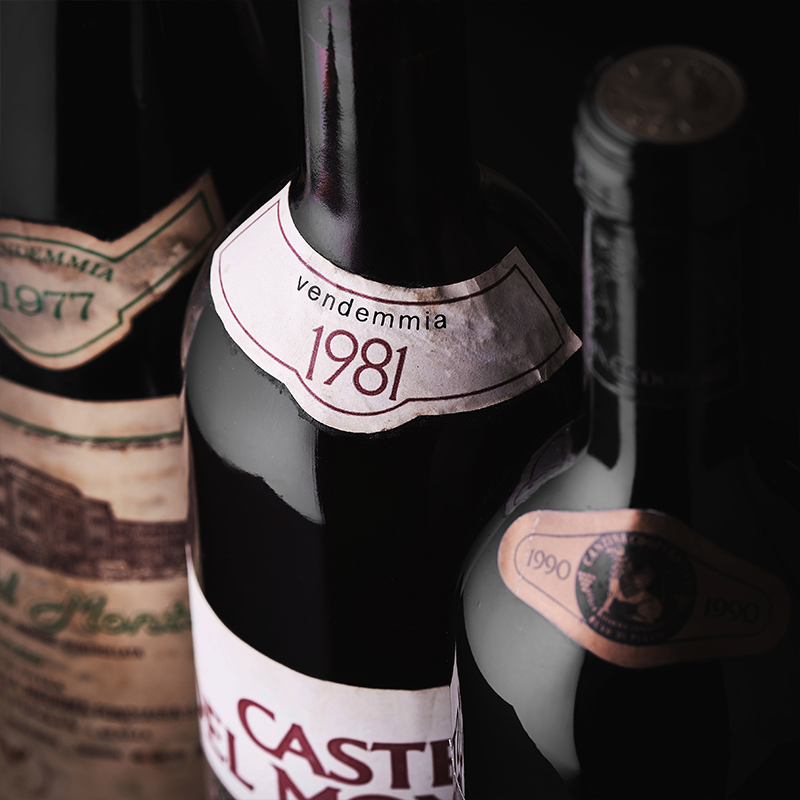 Founded in 1960 by a small group of winegrowers, Cantina di Ruvo di Puglia is celebrating its 60th birthday this year. Just like the first day, in the name of the Gryphon: the mythological animal that the ancient builders carved on the facade of the cathedral of Ruvo di Puglia.

This symbol is the signature of all Crifo wines, that is to say the best labels produced by the winery, starting from the Grifone line.

Starting as a simple producer of musts, the cooperative has evolved into an award-winning wine cellar, taking on the role of one of the major realities of southern Italy, with its 600 hectares of vineyards.

In the calcareous territory of Castel del Monte area, between the provinces of Bari and Barletta-Andria-Trani, 60% of winemaking concerns the 5 indigenous varieties of the area and the remaining part other varietal species.

The members of the cooperative are more than 500 and take to the winery  10,000 tons of grapes per harvest, devoting great attention to the care of the “leader” grape variety: Nero di Troia.

The other main wines are Bombino Bianco, Bombino Nero, Pampanuto and Moscatello Selvatico.

The brand “Crifo” stands for the acronym of the original name “Cantina della Riforma Fondiaria”. Today, it produces almost 3,000,000 bottles a year in 0.75 liter format.

But this has not always been the case, and it could be said that this is a relatively recent market choice, since in the early days the winery was dedicated to the production of large formats up to 5 liters.

An important evolution that comes from the mission of giving quality to a production that, as in the whole Apulian region during the past, was dedicated to quantity.

The success of Cantina di Ruvo di Puglia has its secret in the passion, dedication and stubbornness of the members in committing to  a single project and in mitigating and mediating between the different needs of hundreds of fellow winemakers.

All, then, supported by professional choices of great ambition, such as to establish solid and lasting relationships with industry consultants. One of them is the winemaker Massimo Tripaldi, an institution in his field, who in recent years has had the opportunity to widen the potential of production by surrounding himself with an ad-hoc staff.

It is remarkable the commitment in the commercial area, and the intuition to give the dissemination of wine culture, the basis of the brand, the right importance.

The sixtieth anniversary, the Cantina di Ruvo di Puglia, celebrated last May with an unforgettable national TV campaign, presenting with the brand Crifo the top programs of the RAI1 schedule, through the airing of a commercial in the opening and closing of several, well-followed, broadcasts such as: “Uno Mattina in Famiglia”, “Domenica In”, la fiction Rai “Vivi e lascia vivere”, “Linea Verde”.

The purpose of the advertising campaign has been the promotion of Apulian excellence, together with the association between the Crifo brand and the wine made from Nero di Troia grapes.

In short, the icing on the cake is to celebrate the great work done in synergy between partners, collaborators and consultants, highlighting the quality of Crifo wines, also documented by the respect of the sector operators and the numerous prizes awarded by critics and international guides in recent years.

Cantina di Ruvo di Puglia is also part of the Apulian wine tourism routes of Le Strade del Vino, since part of the members’ attention to a very diverse audience of connoisseurs and simple fans is dedicated to hospitality, promoting visits to the winery and tastings by reservation.

The purchase is possible in the GDO and HoReCa distribution channels as well as in the official shops “la Vineria della Cantina” (located both in Ruvo di Puglia and in Bari) and also through the online shop.