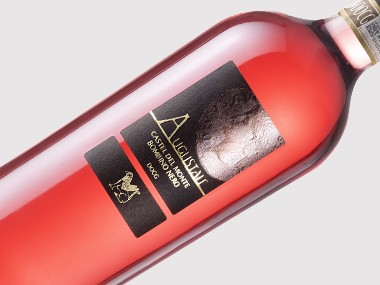 According to the procedural guideline the wine with a controlled and guaranteed designation of origin “Castel del Monte Bombino Nero” must be made from at least 90% Bombino Nero grapes.

Grapes of other non-aromatic black grape varieties, suitable for cultivation in the Apulia region for the homogenous production area “Murgia Centrale”, may also contribute to the production of this wine, alone or jointly and up to a maximum of 10%.

The area of production of grapes for wine with a controlled and guaranteed designation of origin “Castel del Monte Bombino Nero” includes the municipal territory of Minervino Murge and partly the municipal territories of Andria, Corato, Trani, Ruvo, Terlizzi, Bitonto, Palo del Colle and Toritto and all the administrative island D’Ameli of the town of Binetto.

This black grape variety is considered autochthonous in Puglia and known for its great vigor, productivity and yield in must, so much so as to be called, in ancient times, “Buonvino”. The grapes of Bombino Nero have large berries of spheroidal shape, thick skin and color tending to blue. The ripening is late and the freshly picked berries tend to have high acidity and low sugar levels. It is a very suitable cultivar for vinification in rosé, and the result is a pleasantly dry and round tasted wine

The vineyards are distributed in a zone between 300 and 500 meters above sea level, in a predominantly arid landscape, rich in stony and sharp rocks, with calcareous soils of low depth. The climate is almost Mediterranean, with warm summers and mild winters, rarely snowy.

Nowadays, with modern winemaking techniques that are mainly based on the use of physical means, it is possible to obtain a maximum exaltation of its most characteristic quality. Therefore, thanks to this rediscovery and enhancement, a great territorial representativeness is attributed to this wine.

Visually, the degree and intensity of the color are not among the most compact.

From a sensorial point of view, there is a greater sapidity and a greater freshness than the other rose wines, by virtue of the peculiarities of the Murgia territory, which has a predominantly calcareous soil. Characteristic dominant aromas are those that recall the rose. Sometimes there are hints of citrus or red fruits such as strawberry and raspberry as well as pomegranate.